We had 59 loop puzzles in 2014 in several distinct genres.

One of the best Masyu puzzles was this classic “Dominoes” theme from guest contributor Murat Can Tonta: 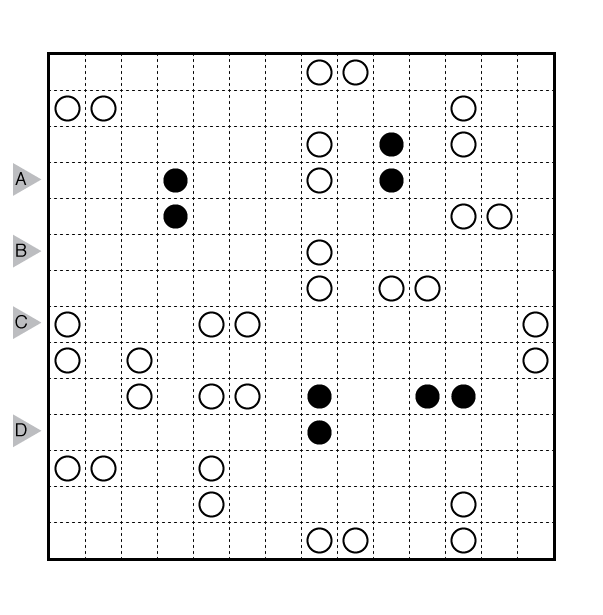 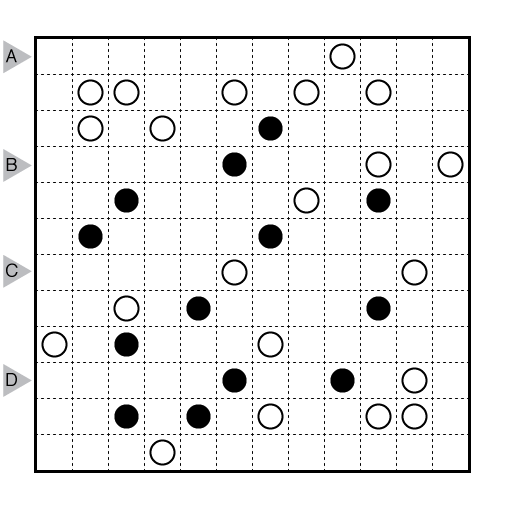 Three puzzles tied for the most FAVE votes and were separated based on the number of solvers to determine the order of the top 3. With 11 FAVE votes but the most solvers was a Slitherlink (Sheep and Wolves) by Thomas Snyder called “Surrounded!”: 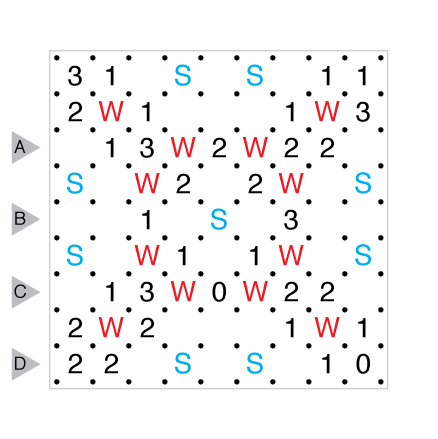 In second, also with 11 FAVE votes, was one of the few puzzles we got from Palmer Mebane this year (almost all of which earned lots of praise). This Yajilin was actually a 2013 submission that we held onto until this year’s April Fool’s week for obvious reasons: 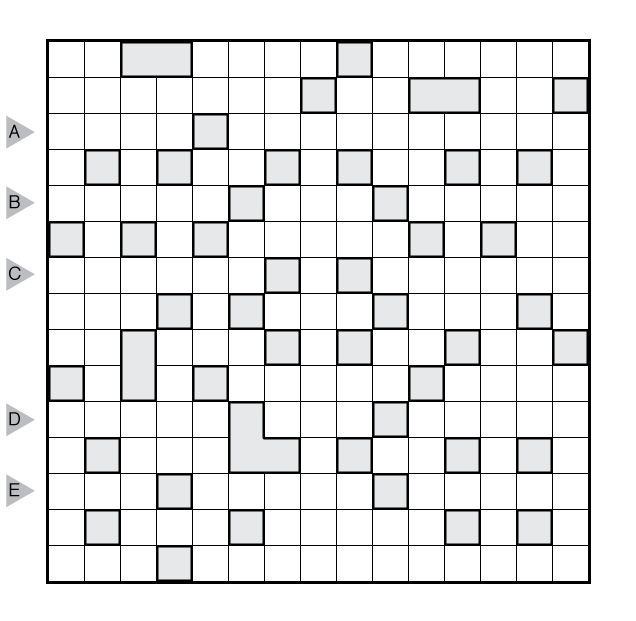 And the best Loop puzzle of 2014, with 11 FAVE votes but many fewer solvers for a 30+% Fave/Solve ratio is this Castle Wall, also by Palmer Mebane: 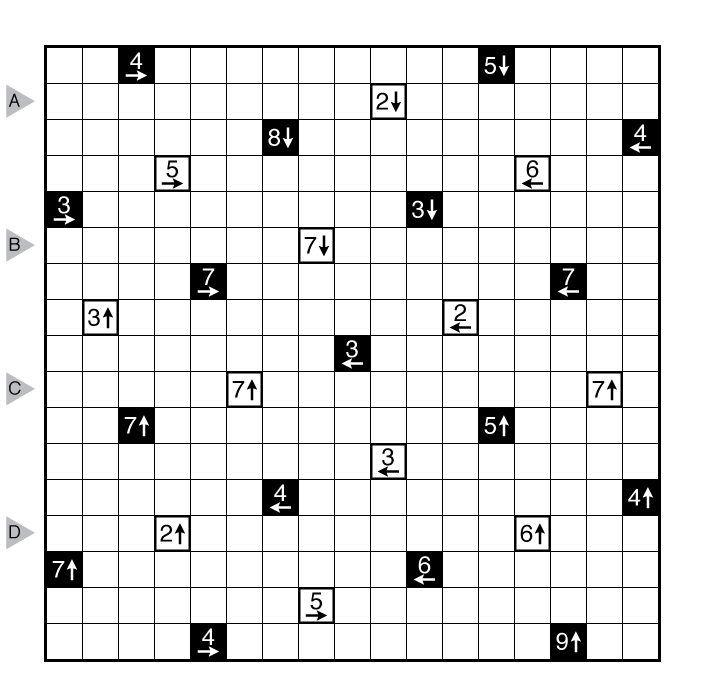