Archive for the ‘Tile Sudoku’ Category: 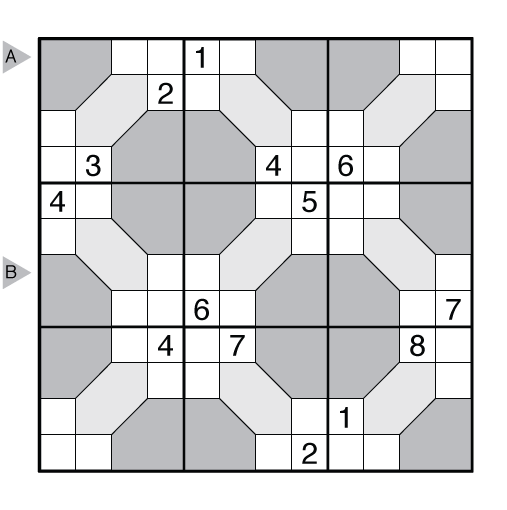 Theme: Clue Symmetry and Logic (This puzzle style was written for Chris Green, one of our Super Grandmaster patrons)

Author/Opus: This is the 215th puzzle from Thomas Snyder, aka Dr. Sudoku. 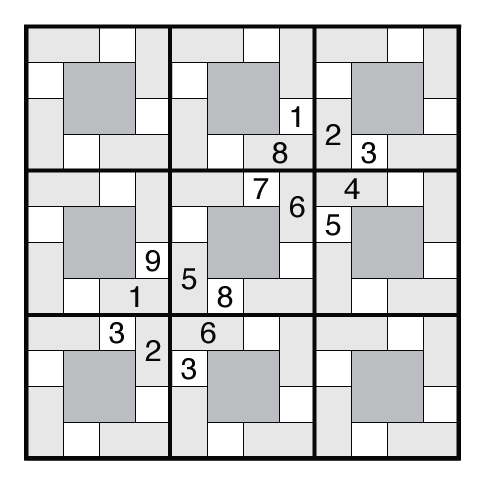 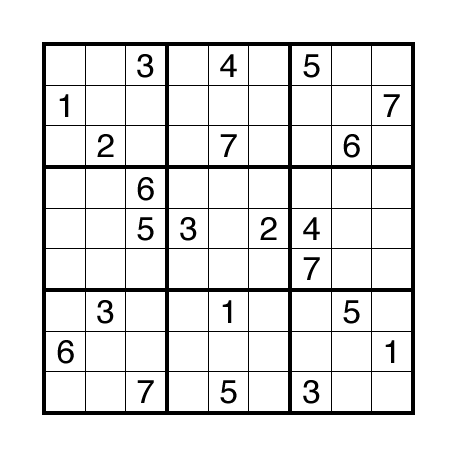 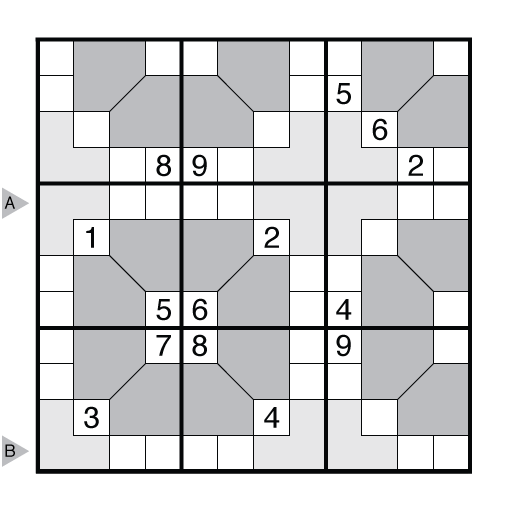 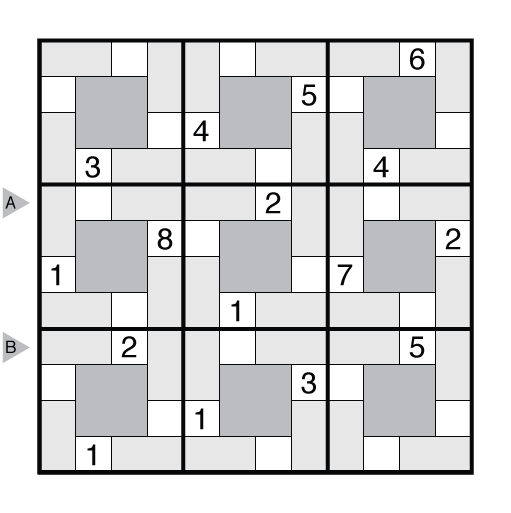 Theme: Start Small – find your way to fill in those bigger squares. 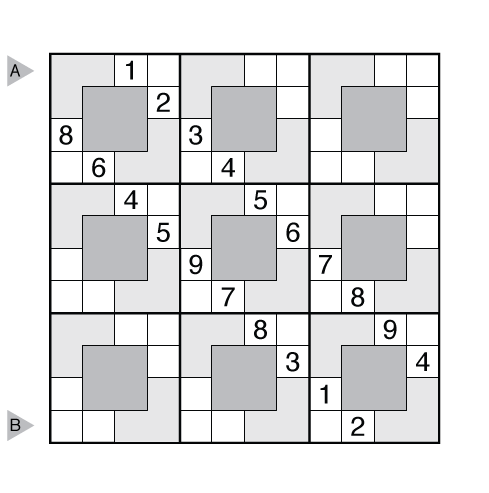