We had 47 Object Placement puzzles (Star Battle and Battleships and other variations) this year.

The best Battleships puzzle was “Solved?” by Bram de Laat where a fleet of seas obeys the outside clues. Definitely one of the most original themes we had this year. 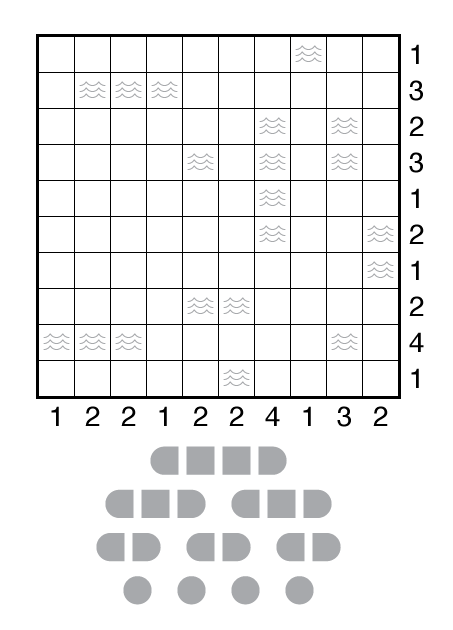 We’ve had a bunch of Pentomino placement puzzles and the highest rated was this Pentomino Minesweeper by Thomas Snyder. 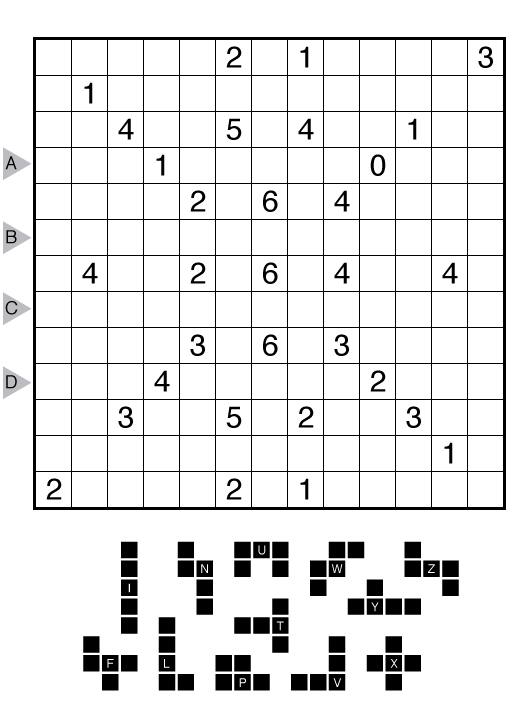 There have been a lot of highly rated Star Battles this year. While it has not yet gotten a lot of solvers since it was posted just two weeks ago, guest contributor Carl Worth’s “Star Duel” has already earned a good number of FAVE votes.

Not a lot of Monday/Tuesday puzzles got recognized this year with “best” ratings, but Zoltán Horváth’s Pentominoes theme fit the bill. (Full disclosure: Jiří Hrdina independently sent us a puzzle with this same theme earlier without Zoltán knowing. This puzzle was released this year as part of The Art of Puzzles book; Jiří’s Pentomino Star Battle would have probably earned a lot of FAVEs too if it had been on the web and not a book puzzle.) 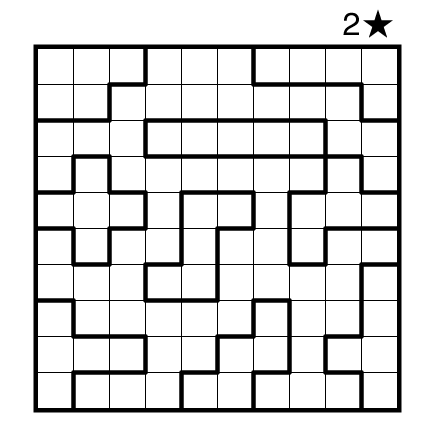 The Best Object Placement puzzle of 2014 however went to a medium Star Battle with a very visual theme: “Man Made Out of Stars” theme by Thomas Snyder. 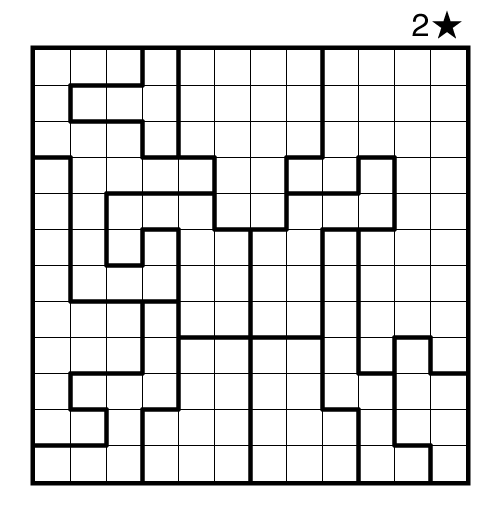