Championship Chatter – Which Came First: the Arrow or the Thermo?

This puzzle was inspired by a comment I read somewhere of someone stumbling on a Thermo-Sudoku by solving it for awhile as an Arrow (or vice-versa, I can’t remember exactly). The goal was simple: can I make one puzzle that solves both ways depending on the type of shape placed into the grid. The theme here speaks mostly for itself.

But if you want an extra challenge I’d recommend solving from these images (Arrow / Thermo) or PDFs (Arrow / Thermo) which contain the original draft of the finished puzzle. The arrow is probably a much better challenge as a result, but the Thermo is at the very high end of the difficulty scale and better for a slow solve than a competition solve. Fortunately there were a good set of symmetric positions that still matched with digits so I could add clues to both puzzles without spoiling the theme. Of course, almost all the remaining digits differ but I guess that is the point.

Some people have asked about the construction steps to get two working puzzles of very different types. I normally design both of these styles by hand starting from an image of the shapes and then slowly adding digits. Here I simply did this at the same time for two different styles. The intention of having the centers work quite differently in the two types made the first four givens in the center the start. The 1’s in the corners were also great clue digits for both Arrow and Thermo types for different reasons. As I got some other good logical placements worked out, I did use some software tools to confirm each puzzle still had possible solutions before going too far down a dead-end. Gradually a duplicated puzzle came into form.

Enjoy what were probably my favorite puzzles from the USSQT. 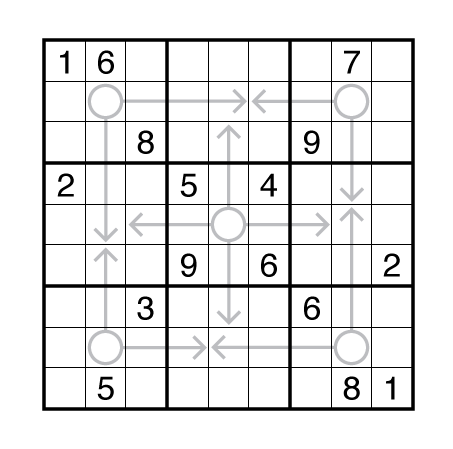 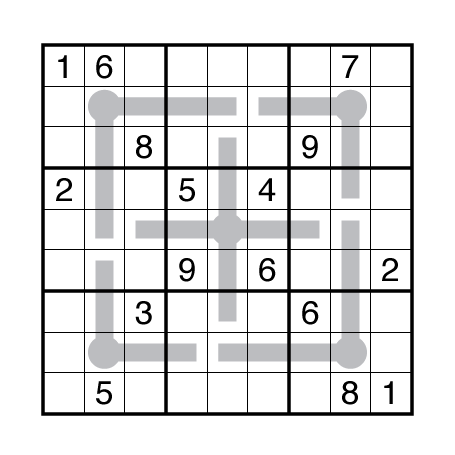