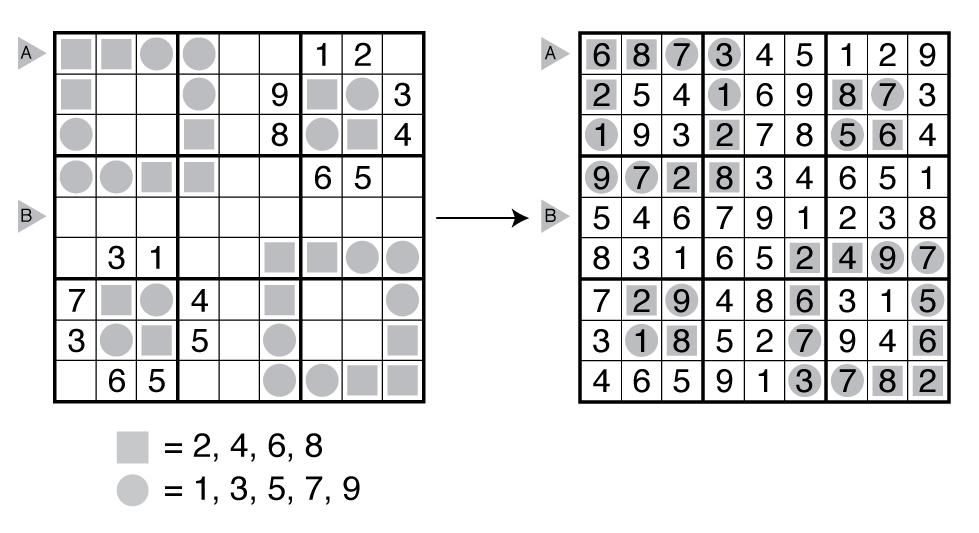 Rules: Standard Sudoku rules (insert a number in the indicated range into each cell so that no number repeats in any row, column, or bold region). Also, cells with a square contain an even number; cells with a circle contain an odd number.

(Brief) History of Even/Odd Sudoku: Descended from Sudoku, as a variation that includes number properties as additional limits in the cells.

History of this example: This Even/Odd Sudoku “Ring Cycle” was written by Thomas Snyder for our Grandmaster Puzzles blog post on 1/29/2015.